Keeping the Beat and Changing the Law: Family and friends come together to remember Corey Jones

On what would have been his 33rd birthday, Corey Jones’ friends and family released an album mixed with drum tracks he recorded before he died. They also hosted a concert with his brother playing drums with his band, Michaux.

“We were on Corey time.”
—Chris Michaud

On October 18th, 2015, Jones was driving home from a gig that he just played with his band, Future Prezidents, when his car broke down. He pulled his SUV to the side of the road at the exit ramp on I-95 at PGA Boulevard. Palm Beach Gardens police officer Nouman Raja was patrolling a nearby parking lot when he left his post to investigate the disabled car. Raja drove up to Jones’ car in an all white van that had no police markings, lights, or other identifiers. He drove his van against the flow of traffic up the exit ramp and parked perpendicular to Jones’ SUV, and approached on foot with no uniform, badge, or his vest with “POLICE” written on it.

At around 3:15 a.m., Jones may have thought this was an attempted robbery or other threat. It is unclear who drew their gun first, but Raja shot Jones in two volleys of shots, separated by about ten seconds, the second group containing the fatal shot that entered Jones from behind as he ran away. Jones had not fired his weapon.

Raja called 911 from his personal cell phone. He told the dispatcher that he shot a person, that he left his police radio in the car, and to “send some units.” He told the dispatcher that he identified himself as a police officer to Jones, a claim that has been disproven by audio recording from a call Jones made for roadside assistance. Recent investigations show Raja lied multiple times in his 911 call and in statements he made to superiors after the shooting. He was fired from his department a few weeks later, and after a grand jury found the shooting unjustified, he was charged with manslaughter and attempted 1st-degree murder. In January 2017, the FBI released the findings of its investigation of the events. 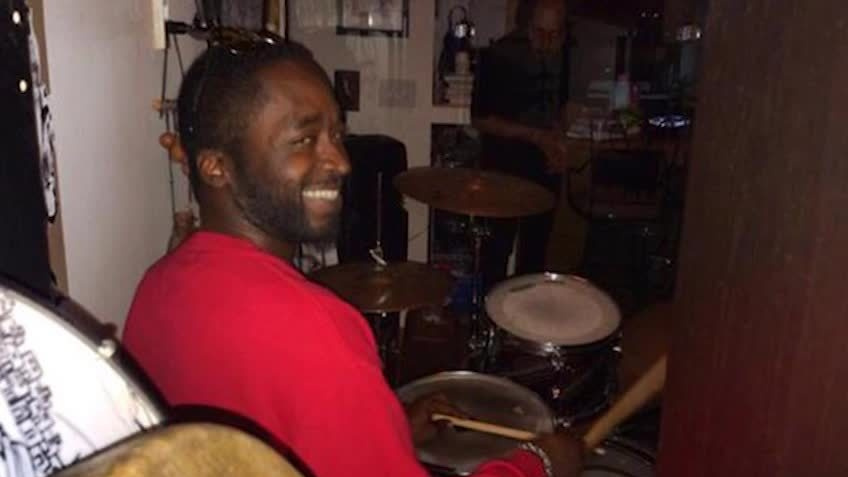 Since the time of his death, friends and family have organized peaceful protests outside the police department where Raja worked, the courthouse where the hearings are being held, and in other locations demanding justice and reform. Over a year after Jones’ passing, friends and local musicians recorded an album using drum tracks he left behind, and then played them at Arts Garage, a Delray Beach theater and art gallery.

Hello Elevator, a violin-fronted hip-hop band from Delray opened the show. Following their performance, longtime friend of Jones, Mike Marsh got on stage and spoke about organizing protests, including an upcoming one Sunday, February 5th at 1 p.m. at Lake Charleston Park in Lake Worth. Marsh told the audience about laws that have passed as a result of Jones's death, such as Florida House Bill 93 which requires stricter rules on the training, use, and retention of data recorded with body cameras.

Florida House Representative Al Jacquet spoke in more detail about HB93 and a similar bill he has sponsored, House Bill 513 that, if passed, would require all Florida law enforcement officers that conduct traffic stops to wear and use body cameras. In an effort to get more members of the community involved in demanding police accountability and criminal justice reform, Jacquet closed by saying, "if we're not at the table, we're on the menu."

Hillside Spirit Revival, a Delray Beach-based folk band comprising friends and bandmates of Jones’ played next, after being introduced by rock ‘n’ roll producer and composer, David Lucas. Lucas spoke on the influence Jones had on him and his community, pausing a few times to compose himself. The last two songs in their set paid homage to Jones, one recounting the events of the night of his death. At the end of their set, they were joined by Jones' band, Michaux. Adelin Alexanian and The Vulture, Hello Elevator’s violinist and vocalist, respectively, also joined.

Playing drums in Michaux was Corey’s brother, Clinton “C.J.” Jones, who embodied and channelled the spirit and feel of his brother’s soulful R&B and hip-hop drumming, as well as his laid back posture. Chris Michaud, singer and guitarist of Michaux, shared with the audience the process of recording the album. He said the drum tracks were pristine, despite none of them having been recorded to a metronome and the presence of talking and laughing in the background. “We were on Corey time,” Michaud said.

Tim “Koala Brown” Herring, The Vulture’s older brother, grew up with the Joneses in church, became a cousin to Corey through marriage, and performed vocals with Michaux at the show. “Corey was just a good and uplifting spirit to have in your presence,” he said. “He was an inspiring brother and the best of the best on the drums.” 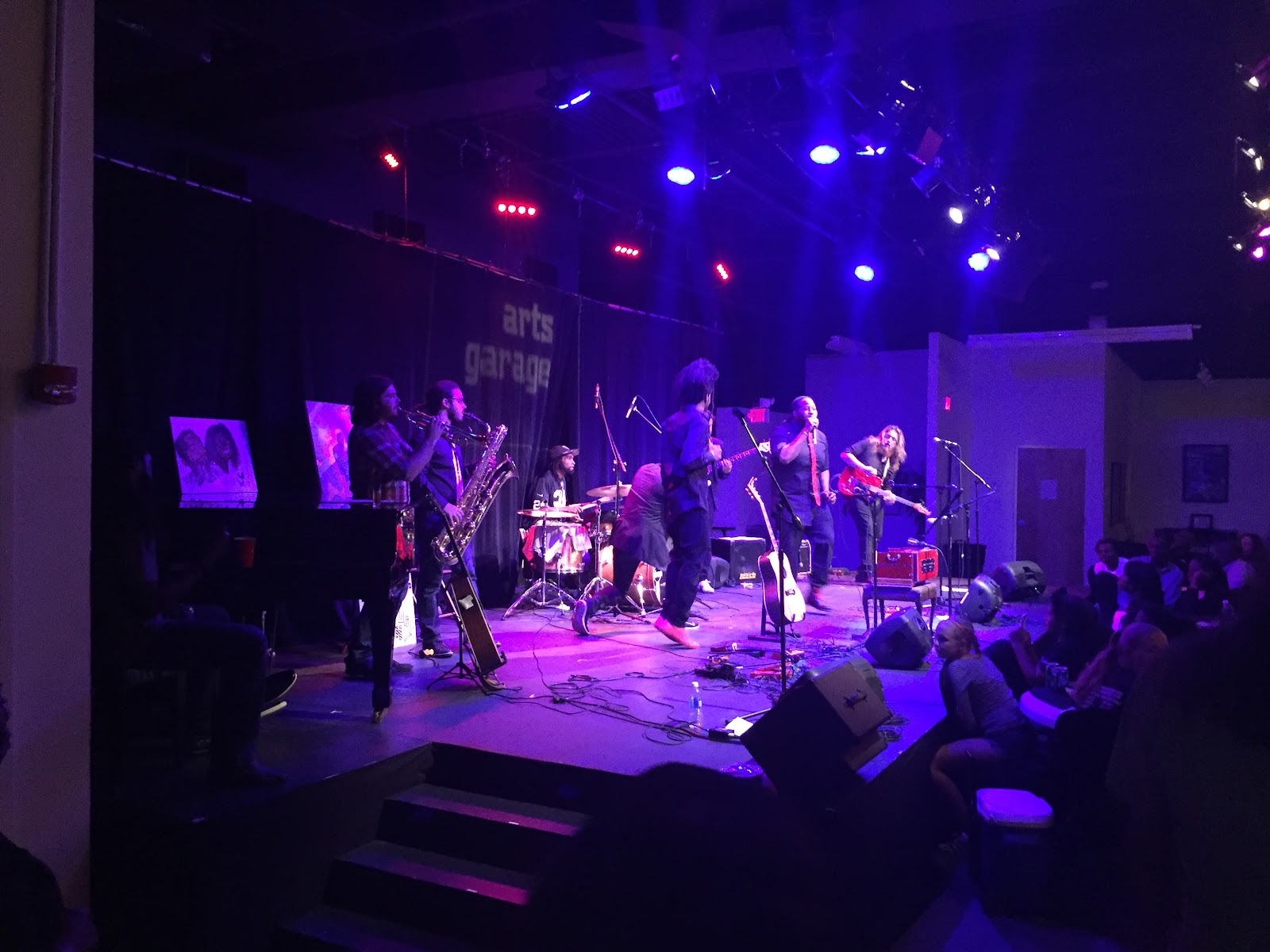 The sold-out show had people sitting, standing, and dancing in whatever space they could find. All proceeds raised from ticket sales were donated to the Corey Jones Scholarship Fund and all money raised from album sales are donated to the American Civil Liberties Union.

To follow the court case against former officer Nouman Raja, news regarding police and community reform, and protests and marches, follow Justice For Corey Jones on Facebook.

For the recordings, visit coreyjonesrecordings.bandcamp.com


Revision: March 16, 2017
A previous version of this piece spelled the officer’s first name wrong. It is Nouman, not Norman.
—Austen Erblat